Six Feet in the Pine

Be sure to grab "Six Feet in the Pine's new record "Dead Set" It is freaking awesome! (If I may say so myself!!)

Six Feet in the Pine is not your daddy’s bluegrass.

Equal parts folk bluegrass, American folk, and dark bluegrass, they’ll send shivers down your spine. Rated by ReverbNation.com as the #1 bluegrass band in Salt Lake City, this motley ragtag gang has cut their teeth playing back-to-back with some of the great up-and-coming folk acts fighting for survival out west.

Like its spooky leader and songwriter, Devin Lee – a seriously bad dude who walks and talks his banjo as though it were an extension of his body – the band has a voice both gritty and powerful. Theirs is a sound reminiscent of the days of old, of darker times, personified beautifully by fallen angel Jennifer Ellen Yurth, whose haunting vocals tell stories that ask to bend your ear. With a hypnotically morose and minor songwriting style, they stand apart from the upbeat major sound common to much bluegrass.

Accompanying Lee and Yurth is guitarist and Southern gentleman Noel Black, whose flat-picking seamlessly blends rhythm and lead. Michael James McGinn strums thunder and picks lightning with his mandolin in a dance with the dark and hypnotic tones of Callie Reed’s fiddle, while Matt Conlin’s upright bass pumps blood into the heart of this unique and strange creature of Americana.

Six Feet in the Pine consistently delivers show-stealing performances whether opening for the likes of God Dam Gallows, Gypsy Moon, Turnpike Troubadours, Grainger Smith, and Mountain Standard Time, or headlining respected and unruly venues from Park City to the heart of downtown Salt Lake. Second to none in musicianship, with their grit and determination, this is a band that is not to be taken lightly. 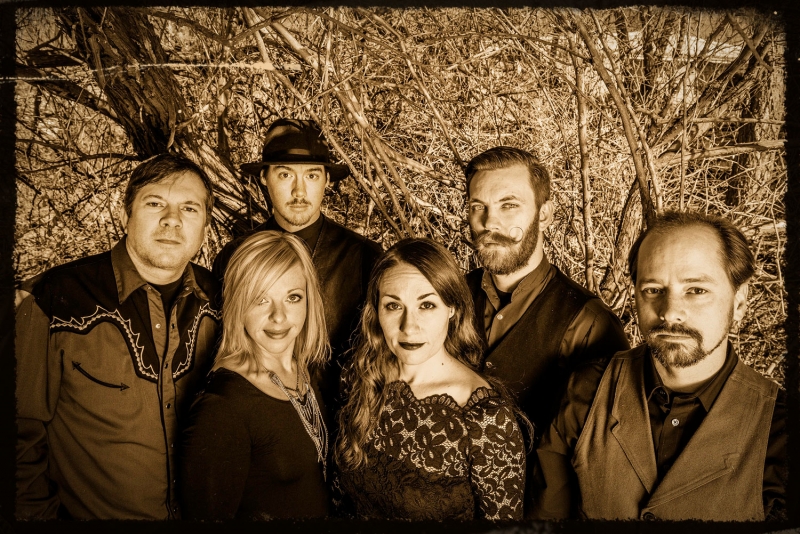 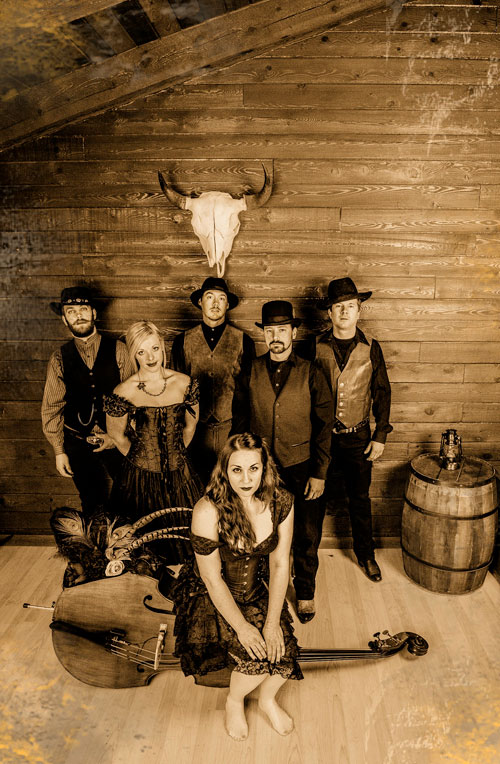 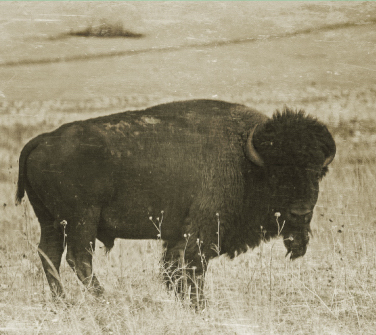